Photos from Earworms - May

Last weekend's Earworms featured the team who created Earworms concerts - Exeter Contemporary Sounds.  The first time we have played ourselves, we really enjoyed ourselves.
The concert featured music by Steve Reich - Different Trains and  Simon Belshaw's Between the moon and the earth - both combining with some lovely film imagery.  We also involved the audience in performing one of Simon's Music Machines.
Julian Rippon joined us to sing 'Violin' and to make his debut on the typewriter!
R2D2 probably stole the show - we were upstaged by an inflatable robot!!

Here are some pictures from Exeter Contemporary Sounds' performance on 4th May. 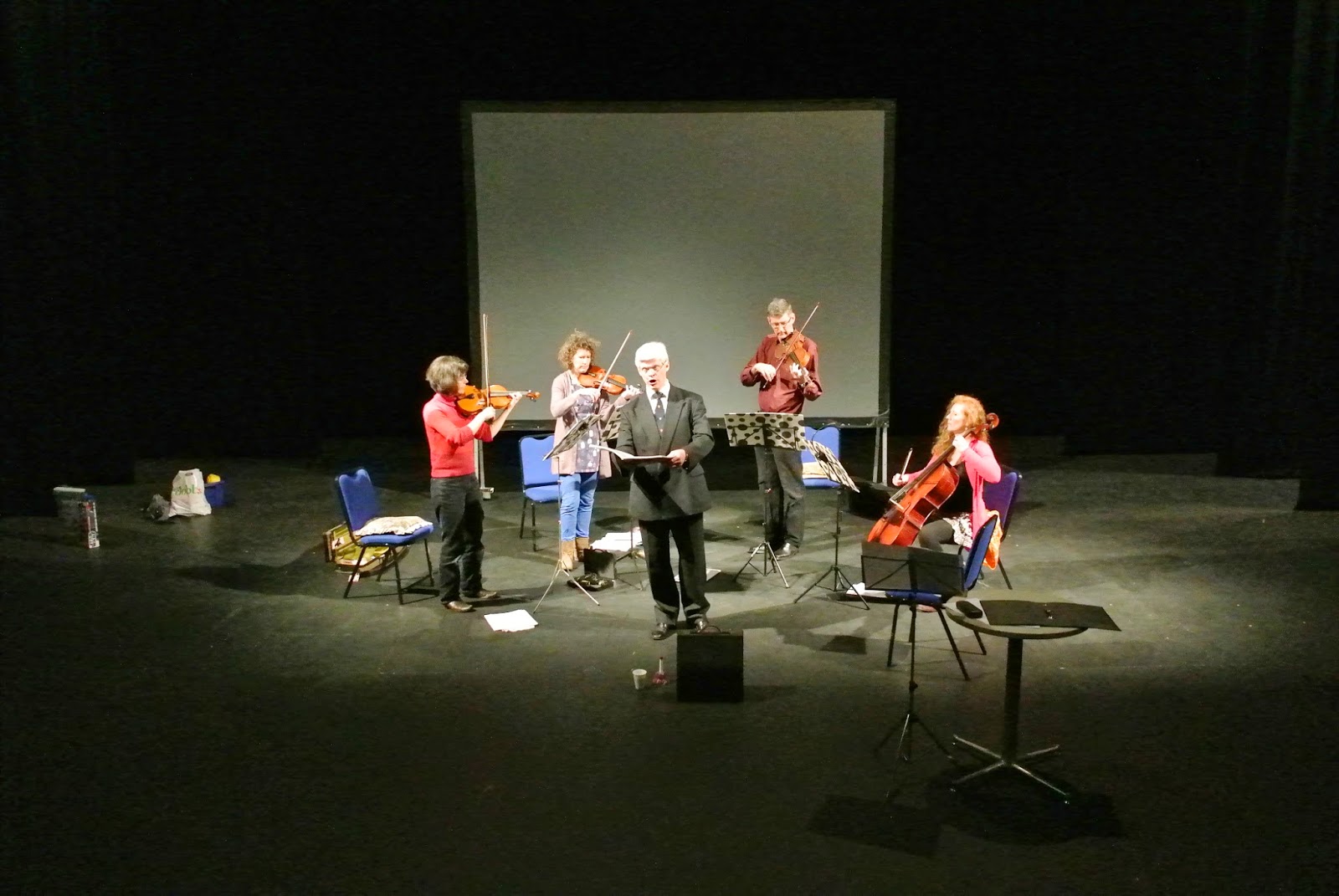 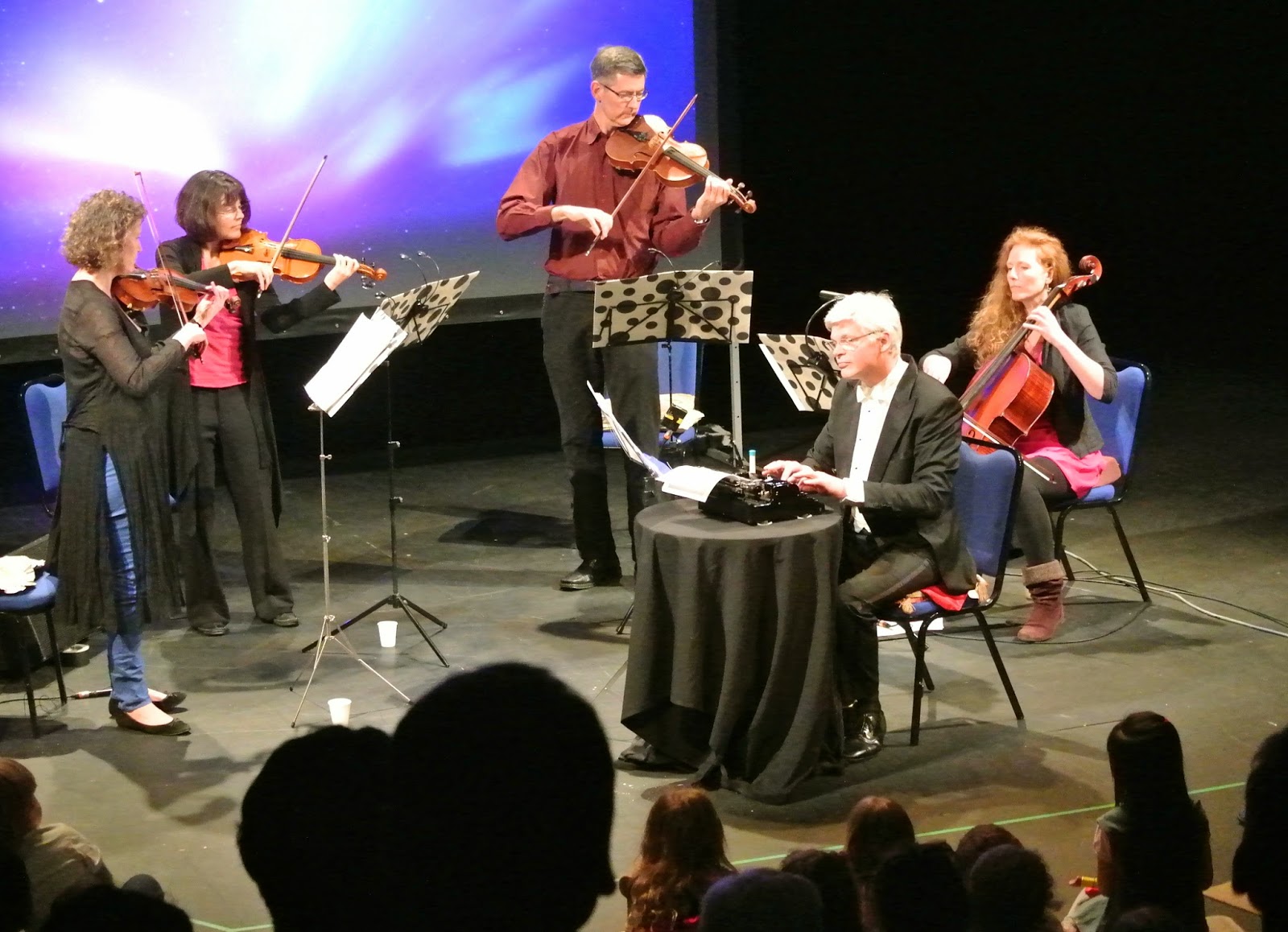 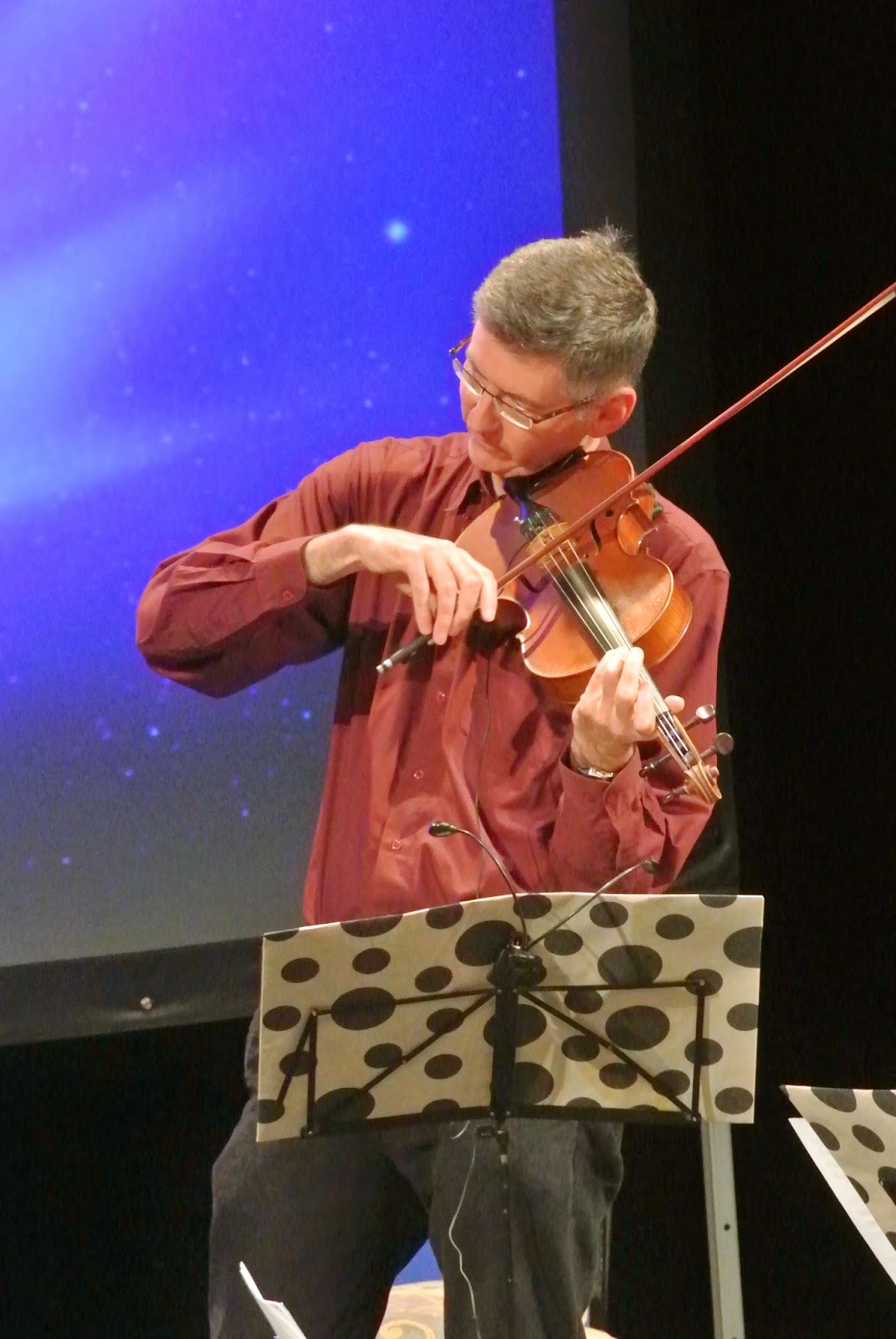 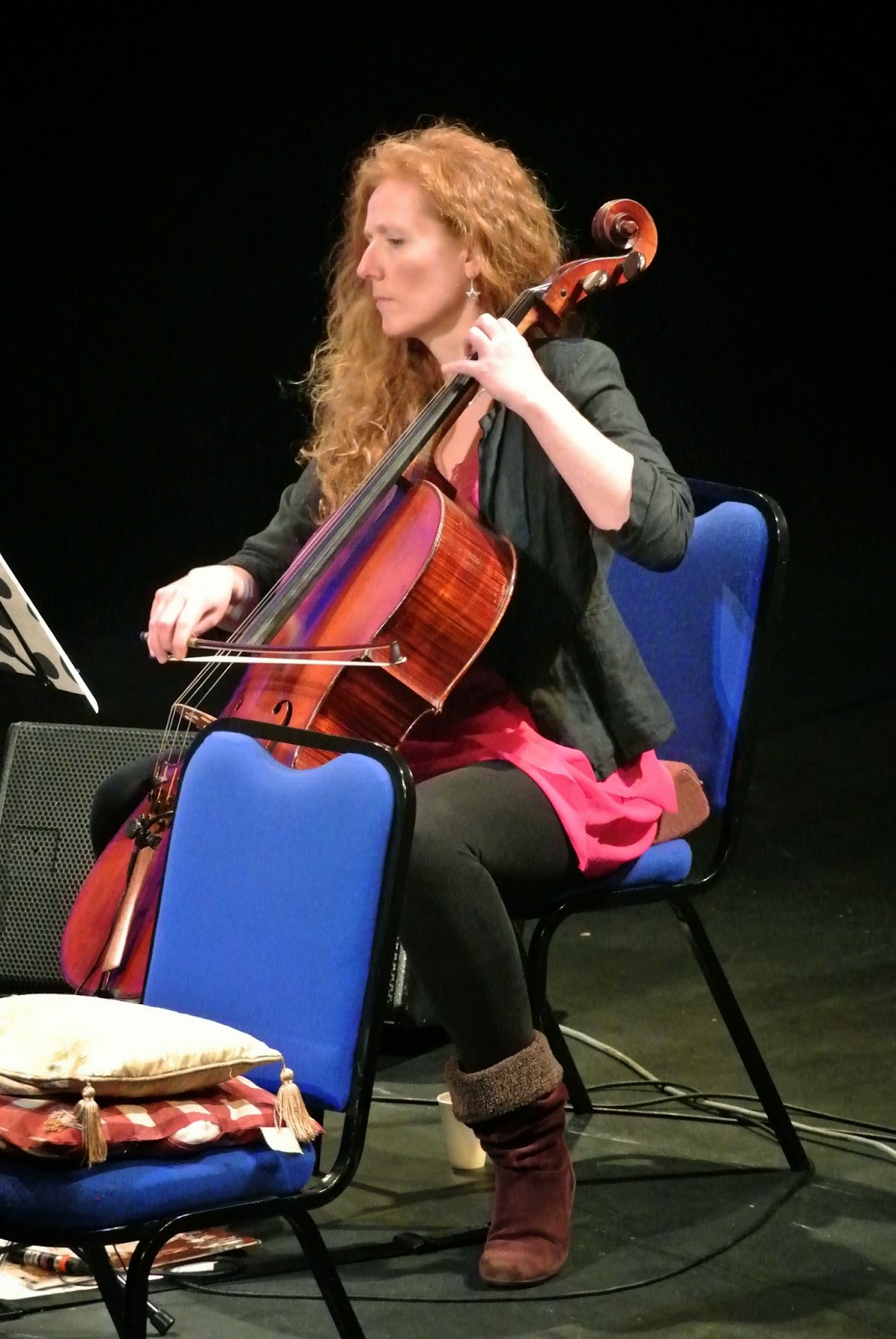 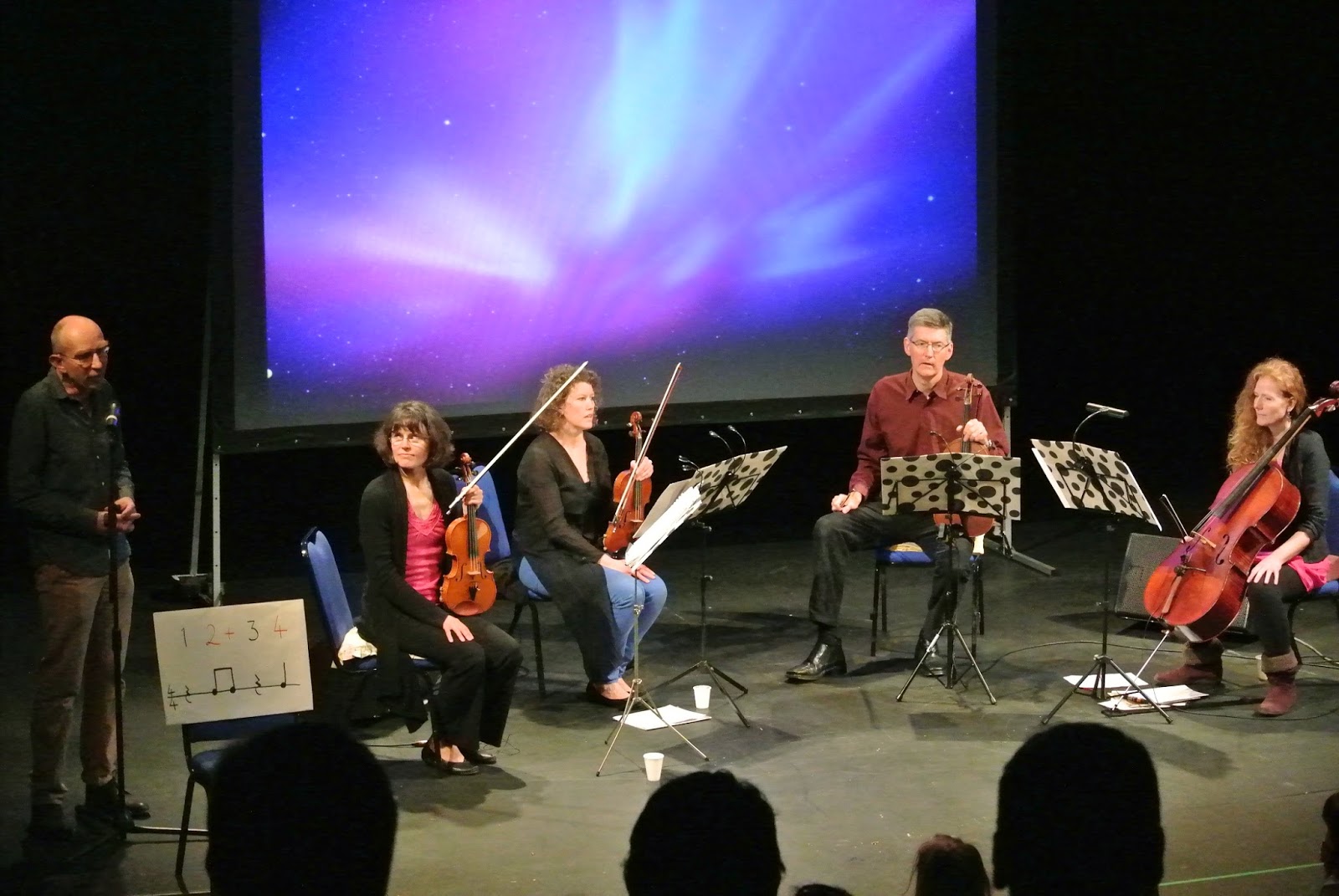 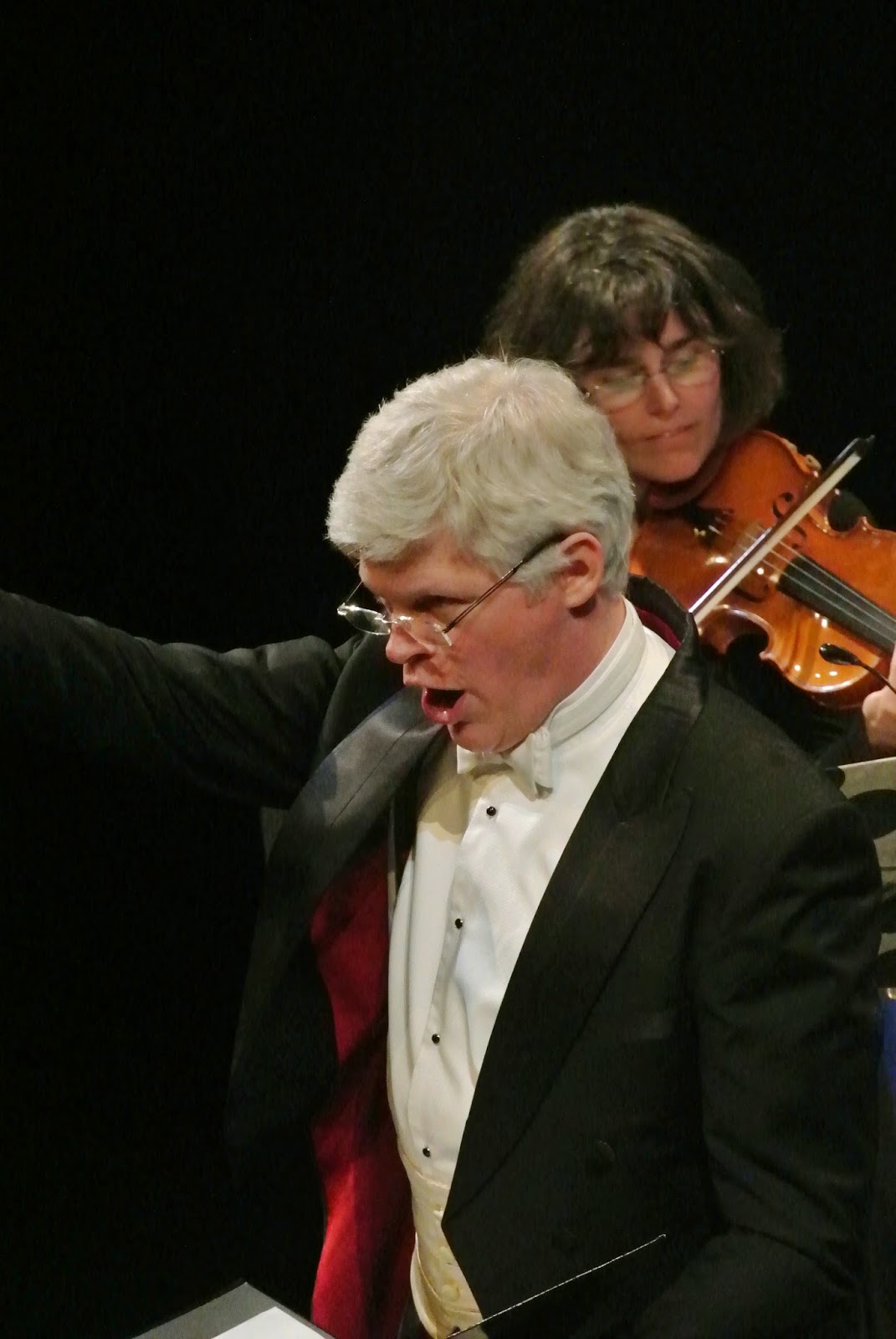 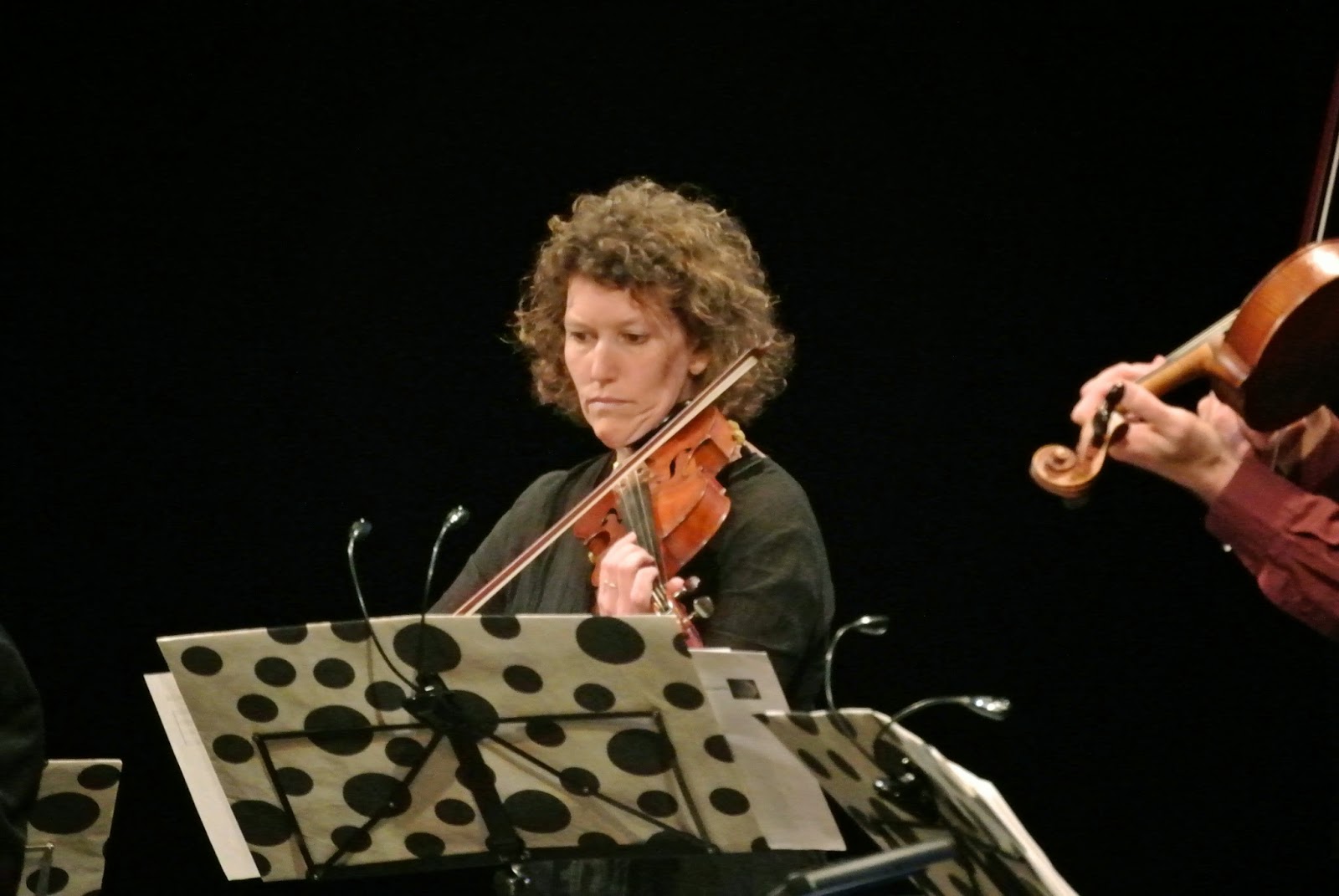 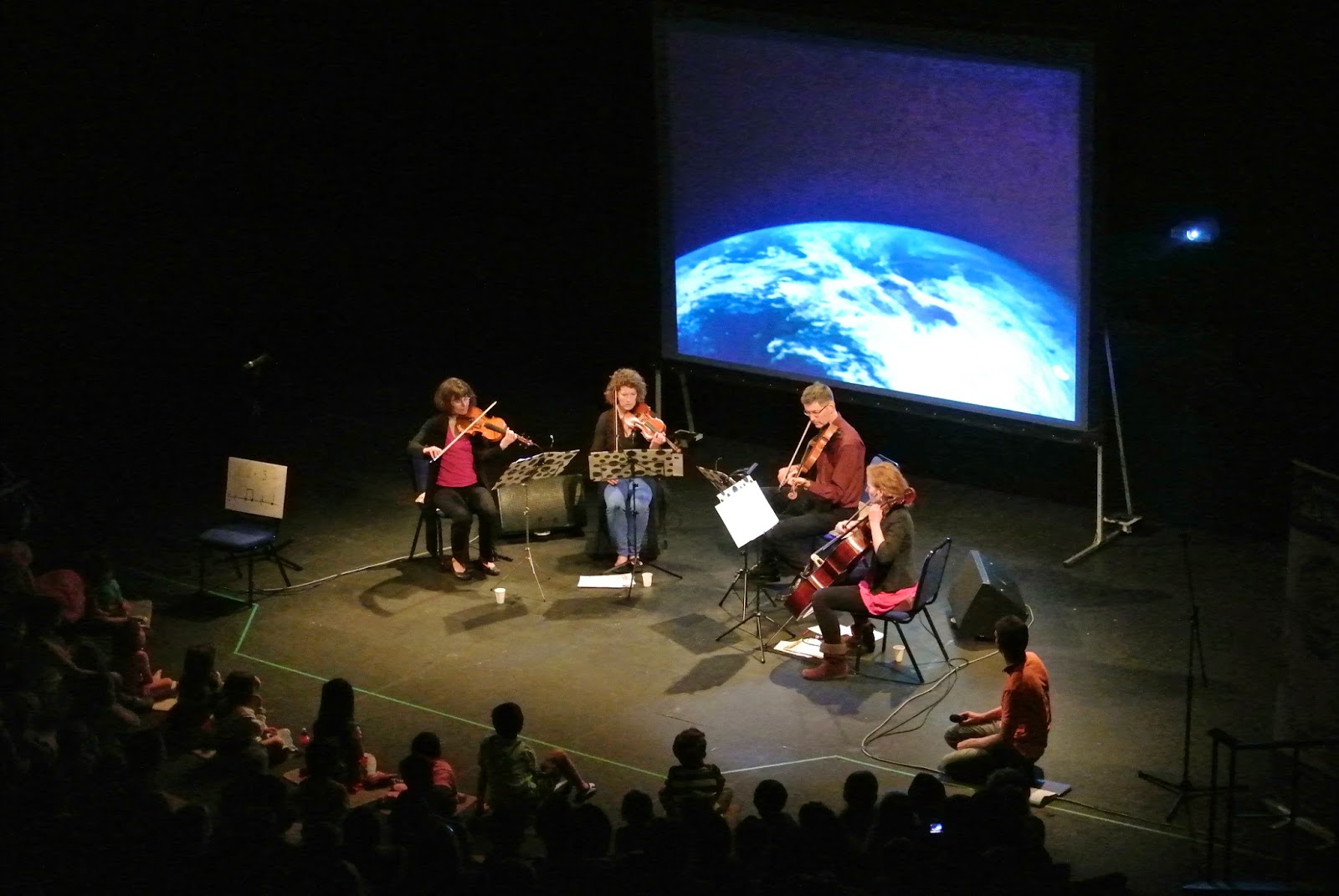 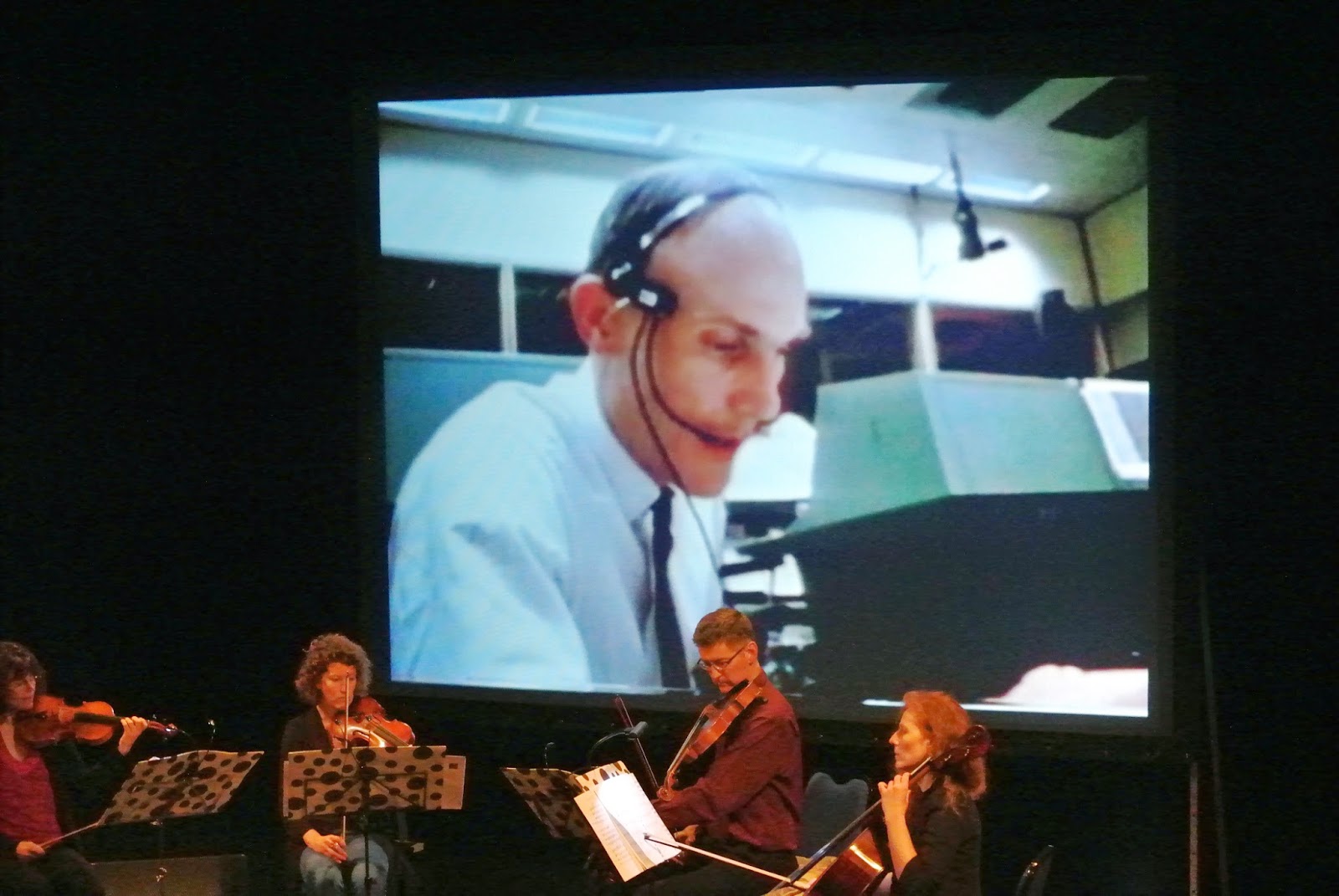 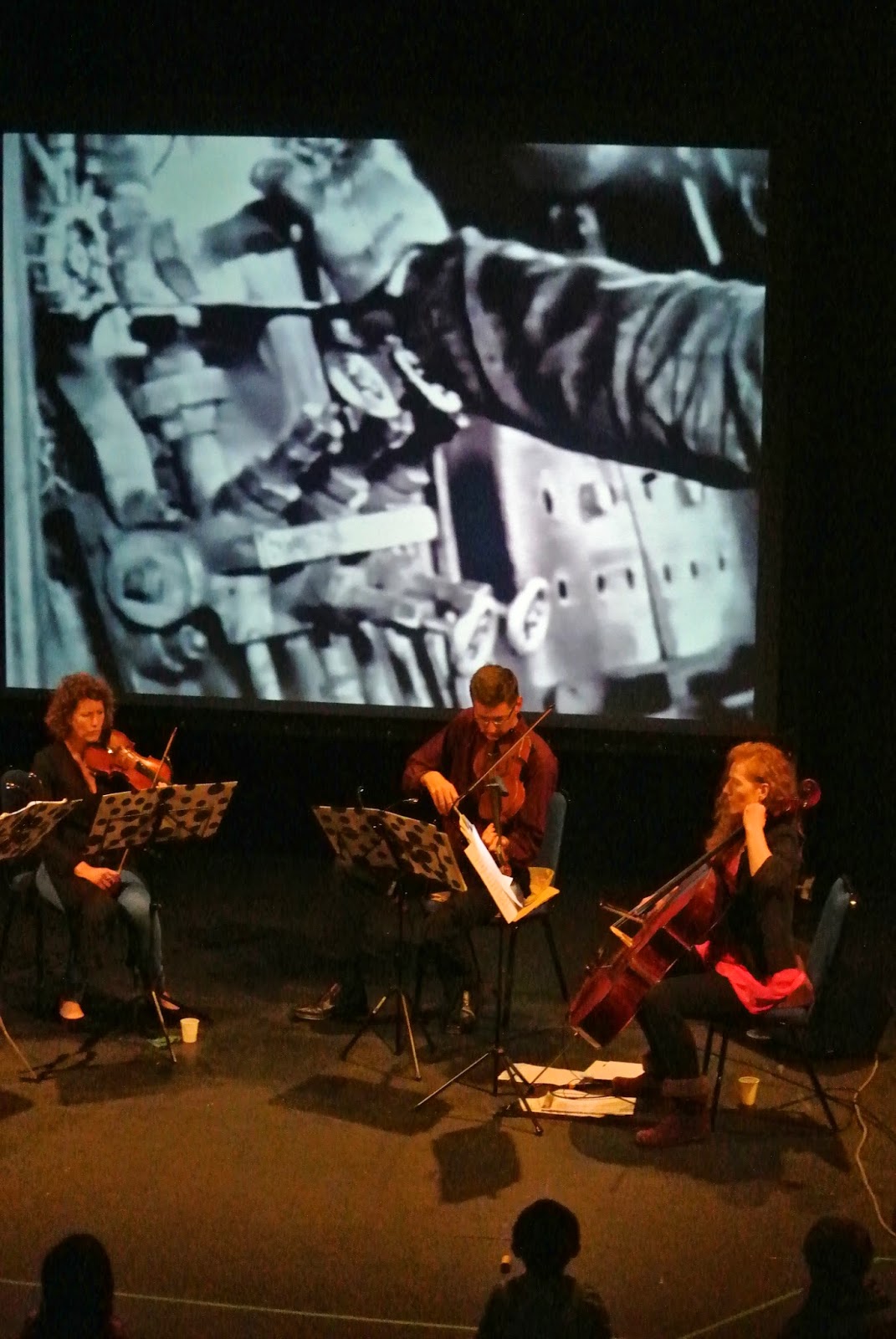 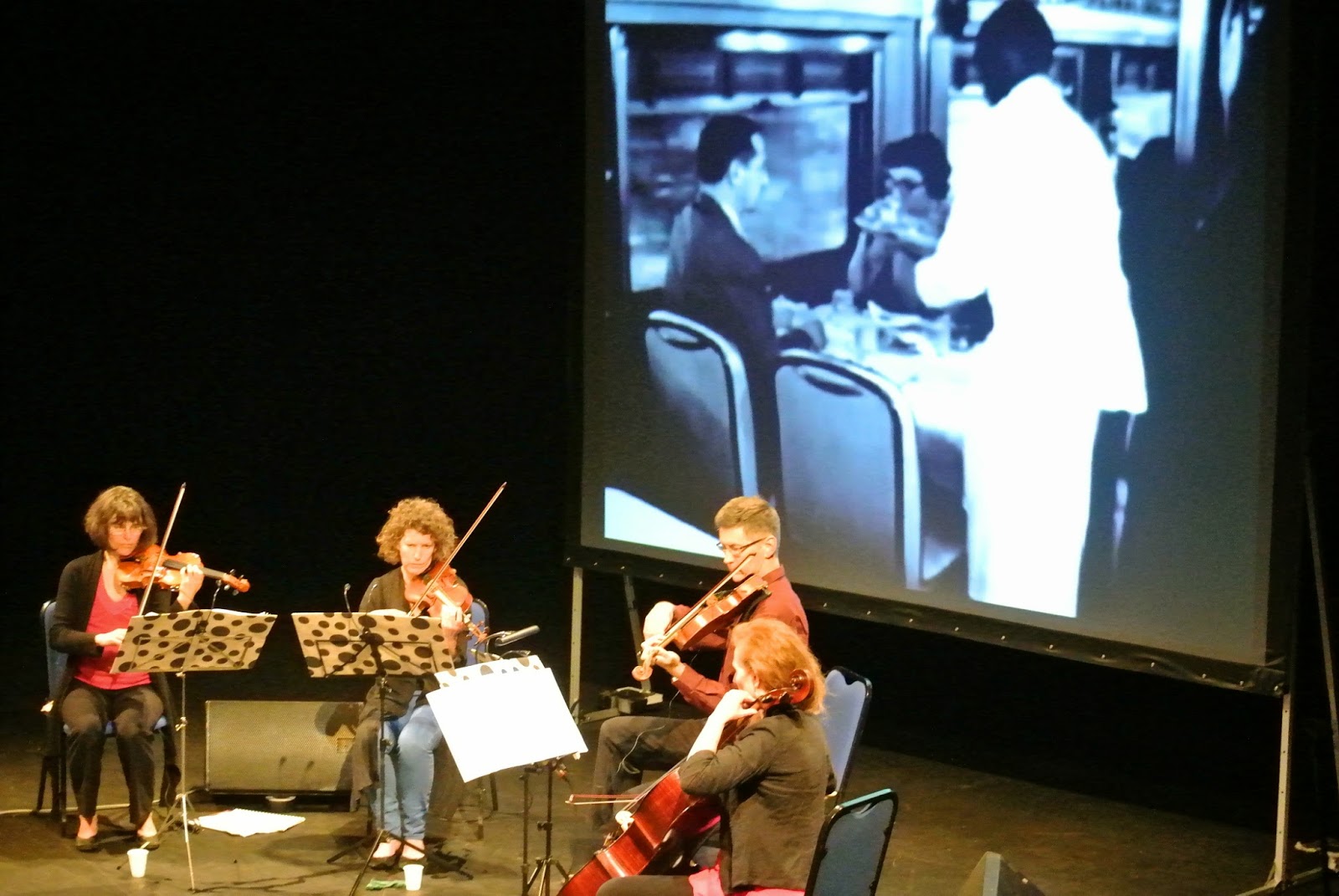