So what is a Nyckelharpa?

Well, the best way to answer this question is to come along on to the Earworms concert at Exeter's Northcott Theatre this Sunday 2pm and hear Griselda Sanderson play it, live. If you can't wait that long, here's a small introduction to this fascinating instrument.

Posted by Earworms at 22:39 No comments:

I've just found this wonderful video of our next performers, Amadou Diagne and Griselda Sanderson playing their song 'Help A Child'.

Hope you enjoy it! I can't wait to hear them on 6th April.


Amadou Diagne (pronounced Jan) and Griselda Sanderson are two musicians who grew up nearly 3,000 miles apart. They met when Amadou moved to England, and they decided to work together playing music that reflected their different cultural backgrounds.

Amadou is from Ashelm which is a suburb of Dakar, the capital city of Senegal, a country in West Africa. His first lanuage is Wolof. His family were traditional ‘sabar’ drummers. When Amadou grew up he joined Senegal’s National Orchestra as a percussionist. As a member of that group he backed many famous musicians including Youssou N’Dour, Jimmy Cliff and Cesaria Evora. Amadou sings, plays guitar and various percussion instruments such as the talking drum.

Griselda grew up in Scotland. Her father was a violin maker and violinist. She learned traditional Scottish fiddle and classical music, playing in the National Youth String Orchestra of Scotland. Later she also took up a more unusual instrument, the Swedish nyckelharpa, which is a bowed keyed fiddle with sixteen strings. She also plays the traditional Scottish/Irish drum known as the bodhrán and another traditional percussion instrument known as the bones, made of cow’s ribs. 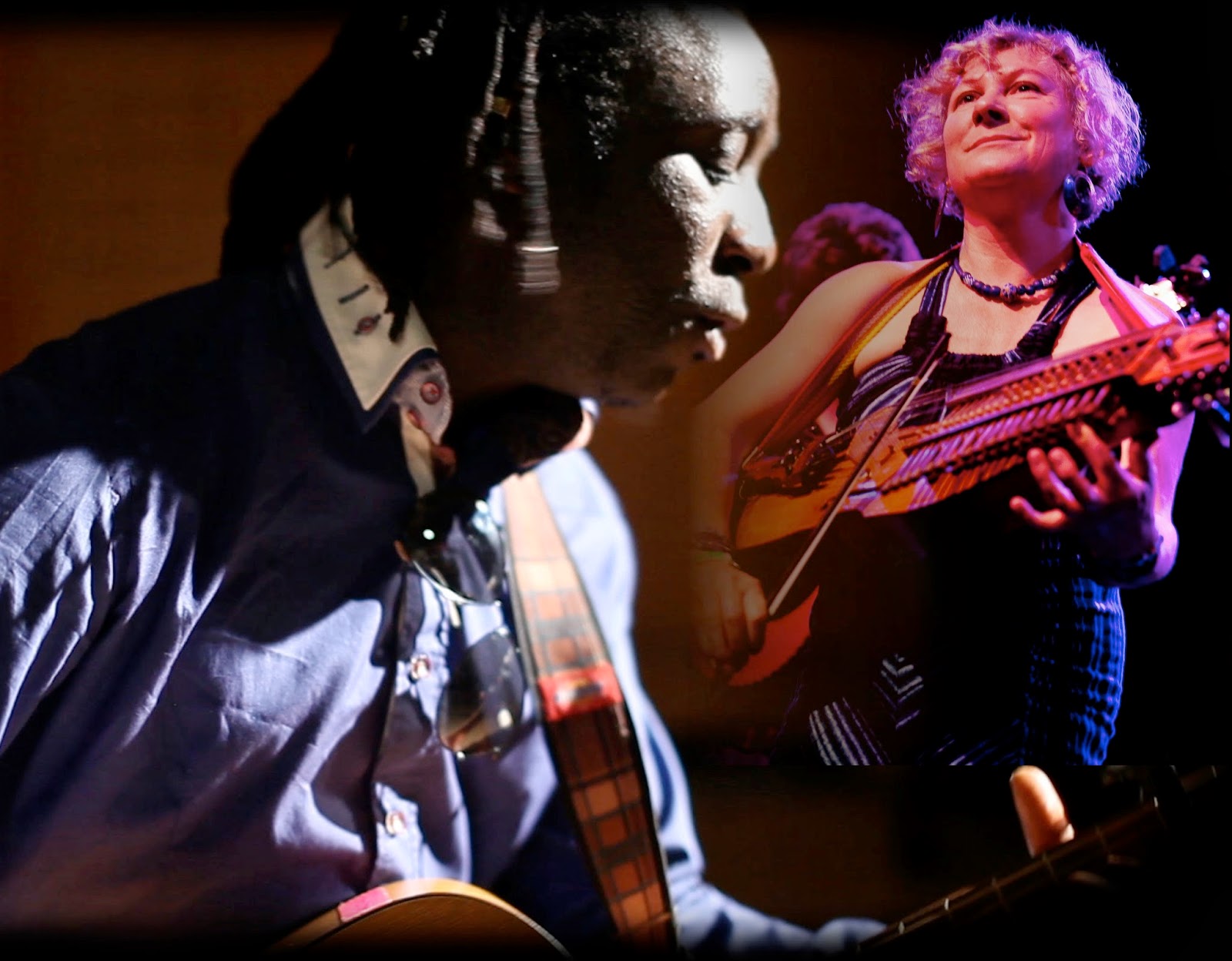 The musical traditions they represent promise to include some dancing and some audience participation and  it looks like being a very new musical experience for Earworms' regulars.

We are enormously grateful to Crosse+Crosse Solicitors for their sponsorship of Gris and Amadou's concert.

Tickets as always available from the Northcott box office (01392 493493) or Exeter Tickets and Information in Dix's Field.  We hope to see you there!
Posted by Earworms at 22:18 No comments:

Ruth Molins and Friends at Earworms

On a beautiful sunny afternoon last Sunday, we welcomed Ruth Molins, Hilary Boxer along with Julie Hill and Andrew Gillett from the Earworms 'team'

It was a delight to hear the flute, alongside the alto flute and piccolo, accompanied by the cello and the other strings.  The programme included Mozart, Bach along with more contemporary works by Graham Fitkin, Michael Nyman and Michael Colquhoun.

Mervyn flipped some pancakes and organised the first performance of Earworms' very own bottle orchestra!

Here are a few photos.  Next month we are back on April 6th for some music from Senegal and northern europe with Amadou Diagne and
Griselda Sanderson - more details about the music and performers to follow...... 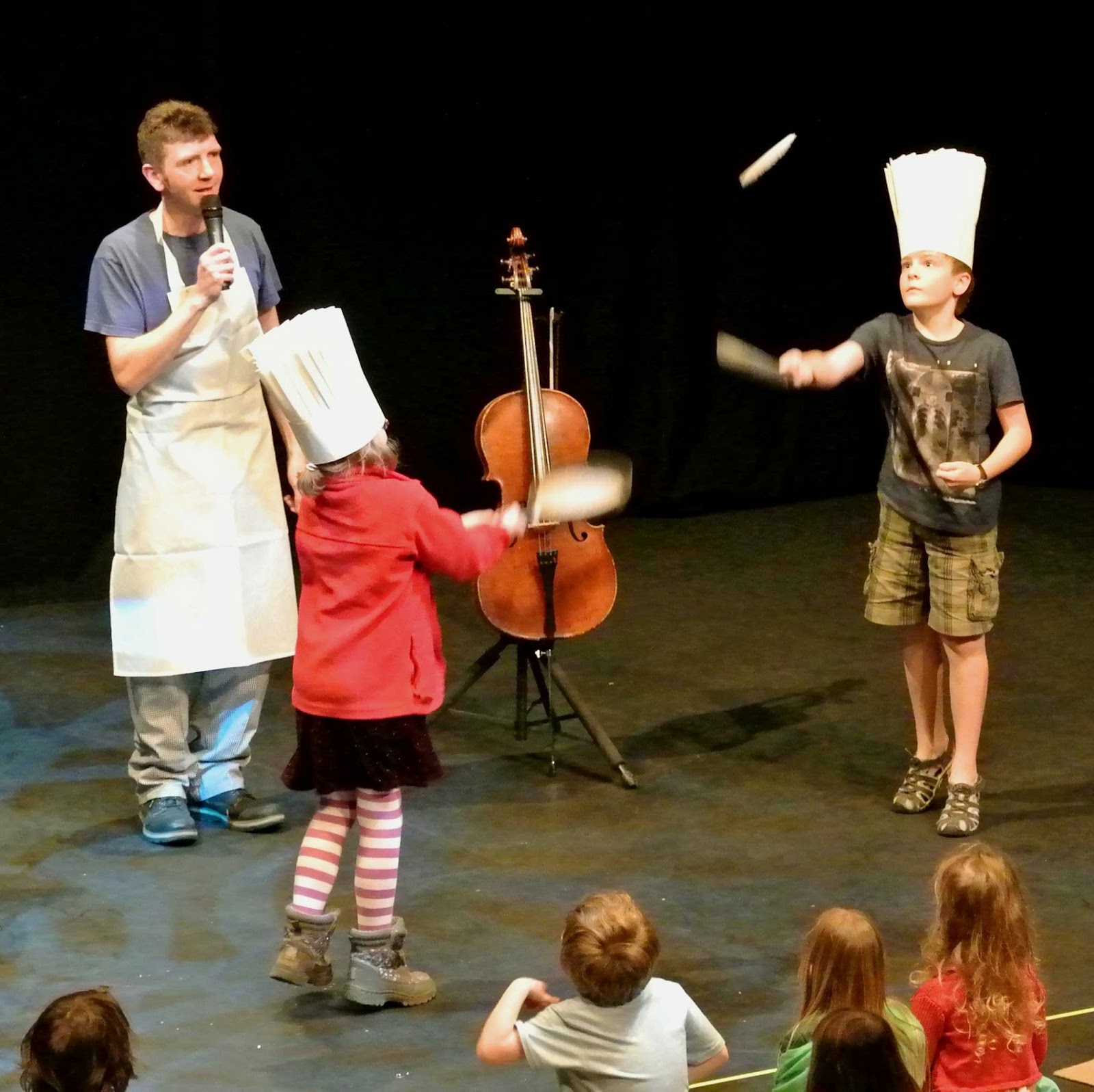 Posted by Earworms at 12:37 No comments:

This month we are welcoming Ruth Molins, a talented flautist along with some of her friends to accompany the programme. Here's what Ruth says about her plans for Sunday - you can read all about Ruth on her website www.ruthmolins.com


'I am getting really excited about doing Earworms next Sunday. There will be birds, dances and jet planes! I'm getting my flute, piccolo, alto flute, my echo pedal and my watery-bird warblers at the ready! Hilary Boxer (cello), Julie Hill (violin) and Andrew Gillet (viola) and I will be playing music by Bach, Mozart, Villa-Lobos, and Nyman and and as ever, the brilliant Mervyn Bedford will be hosting.'

Mervyn has a bottle orchestra up his sleeve (not literally I hope) - so expect the usual madness.....
Tickets still available from the box office (01392 493493) or pop along to the Tourist information centre in Dix's field if you're in town ahead of Sunday.
We look forward to seeing you there!

Posted by Earworms at 21:27 No comments: